Not a New Year’s Resolution

Well here I am.

I haven’t written anything for a while but you know how much I love the New Year. Nothing like a new year to get me all riled up into a blog-writing, green-tea-drinking, room-tidying, gym-going organisational frenzy. I haven’t actually been to the gym yet but I have a strong suspicion that it’s going to be soon.

I actually haven’t gone as crazy as I normally do with the New Year’s Resolutions (although even as I type this I realise that that’s technically not true, although this year I’ve dressed my resolutions up as goals and broken each of them down into five manageable steps…), and overall I’m feeling pretty freakin’ positive about the new year. 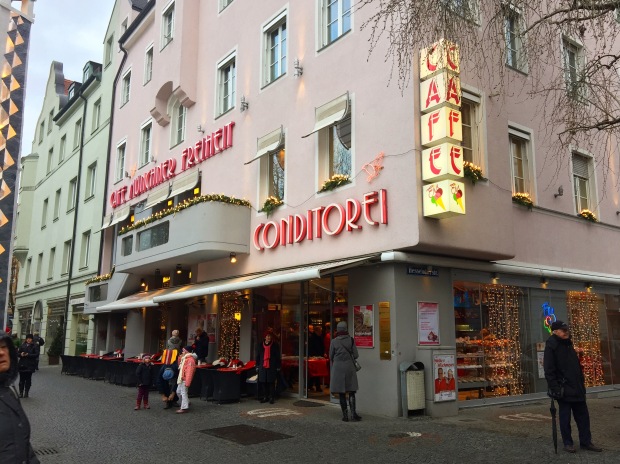 The first thing I wrote, and I feel all kinds of eh about this, was:
‘I know it sounds like a cliché but I want a bikini body’
(I actually underlined ‘I want’ twice but I can’t do that on here. You get the gist.)

The second thing I wrote down right away was:
‘I want to be healthier, I want to care for myself more, I want to feel good and look after myself’.

Again, bear with me, but in my head those two things reallllly don’t go hand in hand. I’m honestly ashamed of myself for even using the phrase ‘bikini body’ because I know that all bodies are ‘bikini bodies’, that all bodies are perfect just as they are and worthy of love, and nobody has to slim down or bulk up or do anything else to fit anyone else’s expectations. But still, I want that ‘bikini body’.

I’m a grown-up, most of the time I’m hugely self confident, I’ve learnt to dress in a way that suits me really well, I’m a massive feminist (I received a book called ‘the feminism handbook’ for Christmas, for crying out loud), and sometimes before I leave the house I give myself a little thumbs-up in the mirror because I think I just look so freakin’ cute, so why am I still obsessed with the idea of being a bit thinner – a bit more toned – a bit more instagrammable-in-a-bikini?! WHY?!

Wanting to attain a certain body type – for me – is loaded with associations of stress and misery and diets and workouts and self hatred and – ultimately – failure. Which seems weird when apparently my other major goal is to love and care for myself more.

So I started looking at it a different way. I already love my body (this is genuinely true – we’ve been through a lot together and have something of a comrade’s bond), but I want to make changes to make it stronger, to make it healthier, so that I can live for longer, so that I can excel at sports (that might be a bit of a stretch for these lil’ legs but I may never have the urge to do a sport so I guess ignorance is bliss), and so that I can feel even more confident and proud of my hard work. For the first time in my life I feel like I want to make positive changes for myself and no one else. 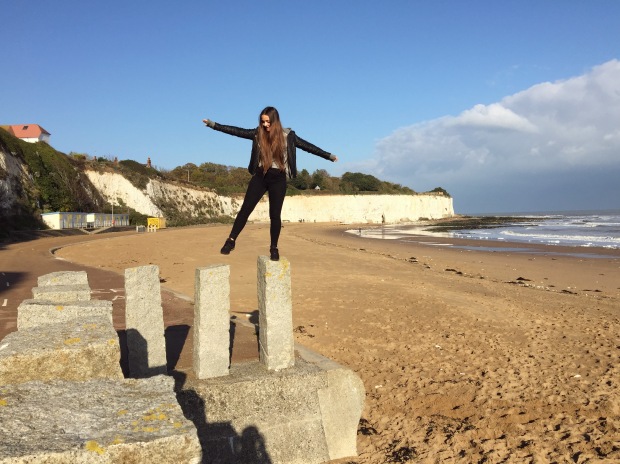 All this to say – I’ve realised that I’m more into caring for myself than ever before, and most importantly I know that working towards my fitness goals, as well as working to make myself healthier all around, will make me feel so freakin’ strong and empowered, and in the mean time I will continue to love myself.

This actually feels like a pretty personal thing to discuss (and not only because I’ve conjured up the image of myself in a bikini multiple times and I’m feeling a little exposed – ha), but I really wanted to properly introduce the subject of this blog post and to take some time to explain how I’m feeling about my health and my body and my life right about now. (You’ll be relieved to hear that that’s the last I’m going to be talking about anyone’s bikini for quite a while, it was just relevant to the story, okay)

So, if you’re still reading, let’s get to what I really wanted to tell you… I’m trying Veganuary! I’m already vegetarian but for the whole month of January I will be eating a vegan diet, which means no animal products at all (no meat, obviously, and also no eggs or dairy). And if you’re all like “whyyy why would you do that, you love cheese, you ate an entire camembert over Christmas, and don’t pretend you didn’t because we all saw you” then first of all, ‘shhhh’ and second of all, this is what I’ve been talking about this entire post. I’m so super psyched to make really healthy choices right now, I want to make my body strong and look after myself inside and out. And for me, personally, going vegan for a little while seems like a super good way to do that. I know that Veganism isn’t a weight loss diet, and it’s also not going to make me grow huge biceps overnight, but it seems like a good way to bring my goals together, and to start the new year as I mean to go on. I’m really really excited.

I have been so interested in Veganism ever since I became a Vegetarian. I follow a lot of Vegan instagram and youtube accounts, and honestly what strikes me is that they all seem so happy and content all the time. They are hugely positive about their diets, they eat in abundance and they seem to get a kick out of doing the right thing in terms of the planet, the economy, and the little bunny rabbits (as well as every other animal, obvs)* 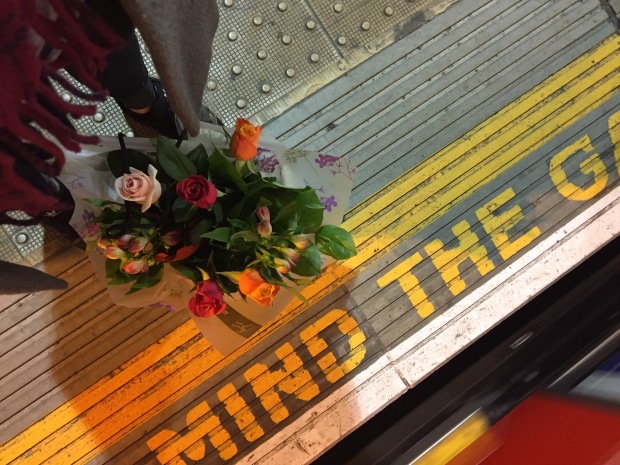 Although it may sound like quite a restrictive diet, it’s actually about eating an abundance of truly good food, and I really like the sound of that. I’m not throwing down the Brie just yet, but I am eating vegan for the whole of this month, and so far I am loving it. I’m eating more fruit and veg than ever before and I’ve thought of loads of meals that I can make easily. I have found that I get hungry a lot more quickly but I think that maybe you have to eat bigger portions of vegan food. Which sounds like a win win to me.

If I’m being honest, I’ve mostly felt really smug. There’s no denying that Veganism (and Vegetarianism) is better for the planet*, and sometimes I get a little passionate about that. Like if everyone in my flat is having bacon sandwiches I feel like yelling ‘oh okay then I’ll just sit over here and save the world all by myself‘. But people don’t like it when you say things like that so instead I’m just celebrating every time I eat a banana or a super salad or a crumpet or a bowl of pasta like ‘wooo look at you feeding your body this delicious healthy food, you’re the BEST’. It’s a constant party up in here.

That being said it is only day five so we’ll see how the rest of January pans out before I lay it on toooo thick.

I’ll be posting updates on how I’m getting on, maybe being a leeetle bit smug, and answering the question ‘but isn’t it impossible to eat out if you’re a vegan?’
In the mean time, if you’re intrigued, or worried that I’m going to die of a protein deficiency, or want to find out more about veganism, veganuary.com have a ton of really helpful resources, and the answers to lots of burning questions!

It’s going to be a wild ride. I hope you’re as excited as I am and thanks as always for following along.

P.S. Major shoutout to my Mum for a) being the only person still reading this very long blog post (it got away from me a bit), and b) for being totally cool when I called her today and told her she has to make me two days worth of completely vegan food for when I go home tomorrow. You da best. 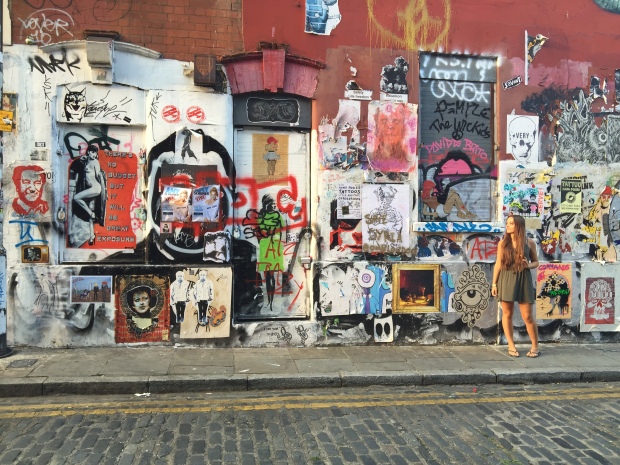 *Vegans and Vegetarians have a significantly lower carbon footprint than meat eaters (source)(source). They also have a much smaller water footprint (source). Also of interest: this, and this.

* Way back in 2011, the United Nations published a report on livestock and the environment and concluded that “The livestock sector emerges as one of the top two or three most significant contributors to the most serious environmental problems, at every scale from local to global.” Raising animals for food is a primary cause of land degradation, air pollution, water shortage, water pollution, loss of biodiversity, and global warming. (source)(source)

Images: A café in Munich from my trip in December// Playing around on the beach in Broadstairs// Flowers on the tube platform care of Oli// Graffiti in Shoreditch last summer.