I had a few problems getting my photos from my phone onto my computer so this last post has been waaaayy delayed. I’ve been home for just over a week and Asia already feels like a world away. Good job I love London so damn much!

From Ha Noi we took a night bus down to Nha Trang, and then spent a day and a night there before leaving for Ho Chi Minh City early in the morning.

We arrived at about five am, but were able to walk to our hostel, and after waiting around in the lobby for a while we could leave our bags and head straight for the beach. Where we slept for about three hours. It was a crazy beautiful, idyllic beach and at seven in the morning it was practically deserted, but night buses really, really take it out of you.

We paid for sun loungers (so worth it at two dollars) so we could properly relax under the umbrella (I hate to say it but even I was kind of sick of cooking in the insane heat) and make an occasional dash over the burning sand into the sea. It was idyllic, the beaches at Nha Trang really are everything they’re cracked up to be! 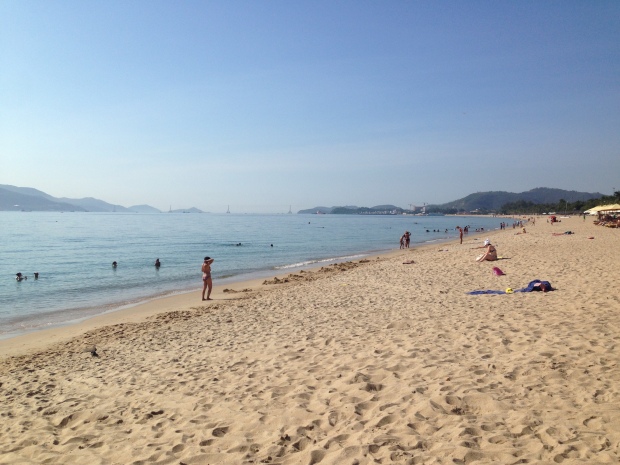 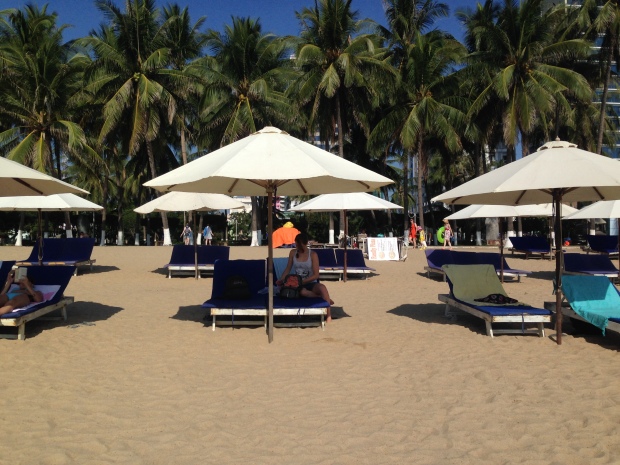 What makes it even better is being able to see the islands in the distance – it’s definitely not a British seaside!

In the afternoon, we rented a motorbike from our hostel and took our final ride together out of the busy town, along the coast road, and briefly along a highway which was still partially under construction before turning on to a dirt track and arriving at the base of the Ba Ho waterfalls. I think waterfalls are so beautiful and this one was just so good. The little pools and smooth boulders gradually gave way to a steep riverbed and finally huge formations of rock made for clambering, where the water cascades into deep cold pools and invites swimmers to dive and slide into the mountain water. 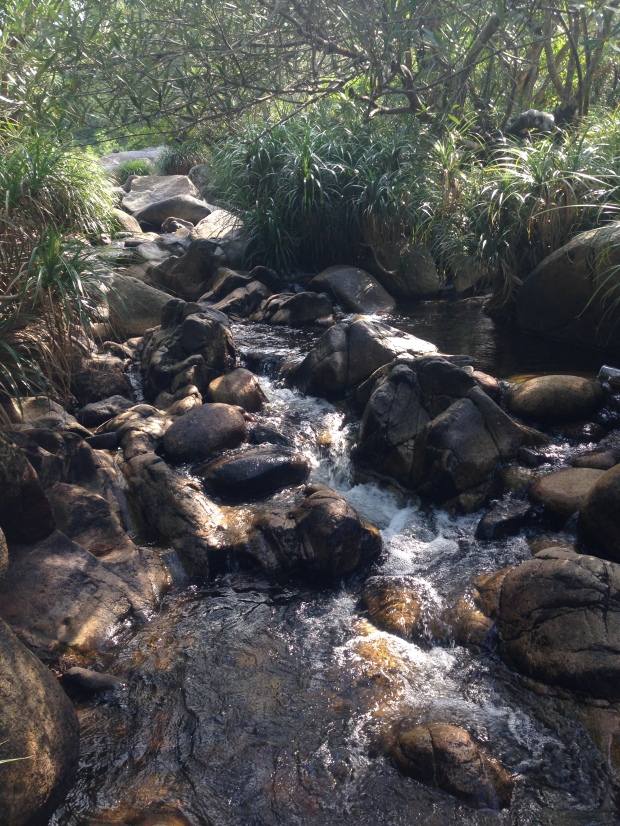 We followed a pathway of red arrows up a path made from huge boulders and finally found ourselves at the source. I wanted so badly to dive into the water from the surrounding rocks but it wasn’t clear enough to see if there were any rocks beneath the surface, so I settled for climbing over the slippery rocks and swimming out to the base of the waterfall. I climbed out just as it started to rain and we raced back down the falls, trying to get to our bike before the rain came. 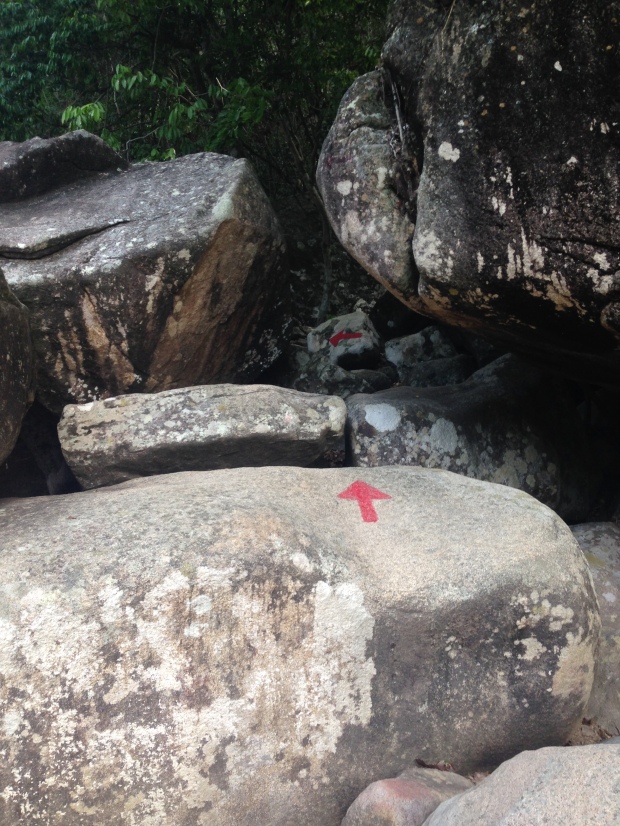 In the end, it didn’t rain too hard, and our collective bike experience of just a few weeks meant that we could navigate the highway, and the busy town, with only one minor incident in which I had to brake suddenly and smashed my ribcage into the dashboard of the bike. I wanted it to bruise horribly but in the morning I had nothing to show for it except some stiffness and a dramatic story. Despite this, and the night bus, and the rain, Nha Trang was one of my favourite places. It was just so beautiful, and we spent a perfect day doing exactly what we wanted – relaxing on gorgeous beaches, swimming in the sea, riding incredible coastal roads and swimming in waterfalls.

That night, we enjoyed the best of ‘the city where beer is cheaper than water’, and left the next day for Ho Chi Minh, the airport, and our plane home.

Now I’m back everybody’s asking me about my trip, and all I can think to say is ‘it was great, thanks’, or ‘we had a really good time, thank you’, but I wish I could tell them about the time we spent in Nha Trang, describe the beach, the waterfall, gripping the handlebars of the bike as we bumped along the highway, checking in to our windowless hotel room and feeling at home, telling Abi stories about the things Kati and I did in Cambodia as if they happened years, and not weeks, ago.

Being away for so long made me realise how much I love my life in London, so I’m happy to be back, but South East Asia is a place that I will return to again and again, Cambodia and Vietnam especially.

As much as I love beaches (and I really, really can’t tell you how gorgeous Nha Trang’s beaches are), I love my city and will carry on writing about the grey streets and the ‘up and coming’ neighbourhoods as if they were exquisite sites of beauty, so stay tuned for loads of London lovin’, insights into student life (it ‘ain’t glamorous) and, in about two weeks time, a huge emotional breakdown when I realise that my tan won’t last for ever 😉

Thank you, as ever, for reading about my travels! We had a blast, 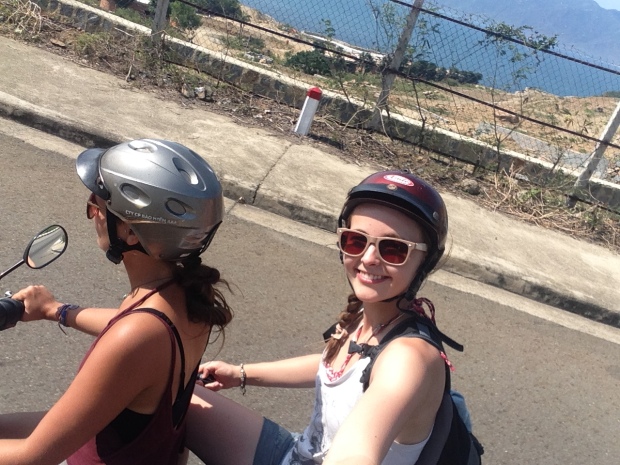 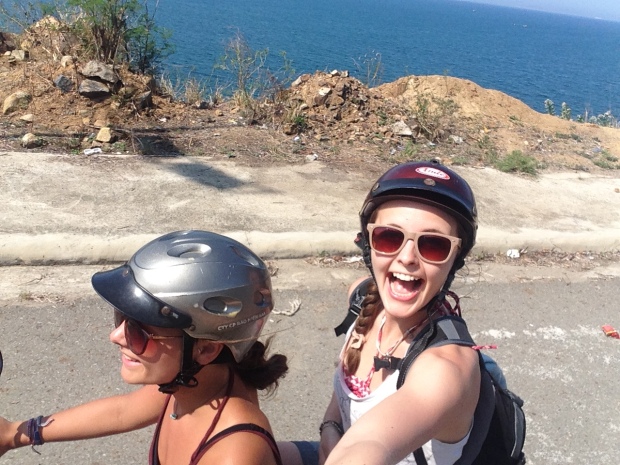 One thought on “Vietnam – Nha Trang”