It hasn’t taken us long to feel at home here – we’re used to the dust, the stares and haggling with the tuk tuk drivers. I really really like Phnom Penh and would happily come back one day.

After the upsetting visit to Toul Sleng Genocide Museum I was dreading visiting the Killing Fields – where many of the Khmer Rouge’s victims were brought to be executed. We visited early in the morning and the place, literally a field marked with depressions in the earth where the mass graves were dug, was extraordinarily calm and peaceful. We spent about an hour following the trail set out by our audio guide, seeing the graves and the sites where cells once stood, and finishing in the memorial building, which is filled with the skulls and large bones which were excavated here. It’s quite shocking seeing the skulls on display like this, especially because many of them (and there are so many that they are piled one on top of the other inside the seventeen layer monument) show cracks or holes where the victims were beaten to death with hammers or spades. It’s horrible, and it has every right to be. I think part of the reason this monument displays the skulls so prominently is because there is a real anxiety among survivors to prove what atrocities were committed here and to teach the next generation tolerance and peace, so that it is not repeated. This Genocide is clearly still an open wound in the fabric of this gentle country. As we walked around the graves we were asked to be careful where we were treading and look out for fragments of bone or cloth which rise to the surface each time it rains. The dead, say the guardians of these graves, do not rest easy.

Above: Tributes left at the Killing Fields // Incense burning at Wat Phnom (incense placed in this way is normally an act of rememberance for lost loved ones)
After the killing fields we spent some time wandering around Wat Phnom, a beautiful temple near the centre of town, and then got hopelessly lost in Central Market. The stalls here are even more tightly packed so it is a real labyrinth, and they seem to sell absolutely everything. Fresh fruit was being sold alongside fake handbags, clothes, crockery and handmade scarves, and it was by pure dumb luck that we managed to find our way out and locate our Tuk Tuk driver in the crowded streets.

Above: What my photography looks like when I am hot and stressed!
The streets of Phnom Penh are arranged in a grid system, with each horizontal and vertical street given a number (like New York). It sounds simple but the numbers don’t seem to go in chronological order and there are no street signs so it’s almost impossible to find your way. We had been relying on the Tuk Tuks (which were cheap and easy to find), but on our last morning decided to go for a wander and embrace the craziness of the streets. It was actually so fun, and we got to enjoy the beautiful sunshine, browse the shops and stalls and see a bit more of city life. 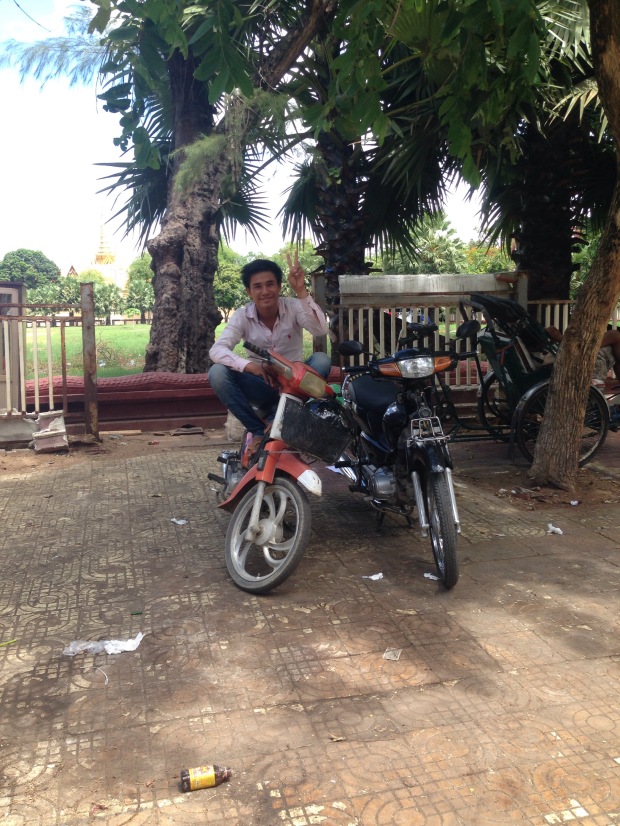 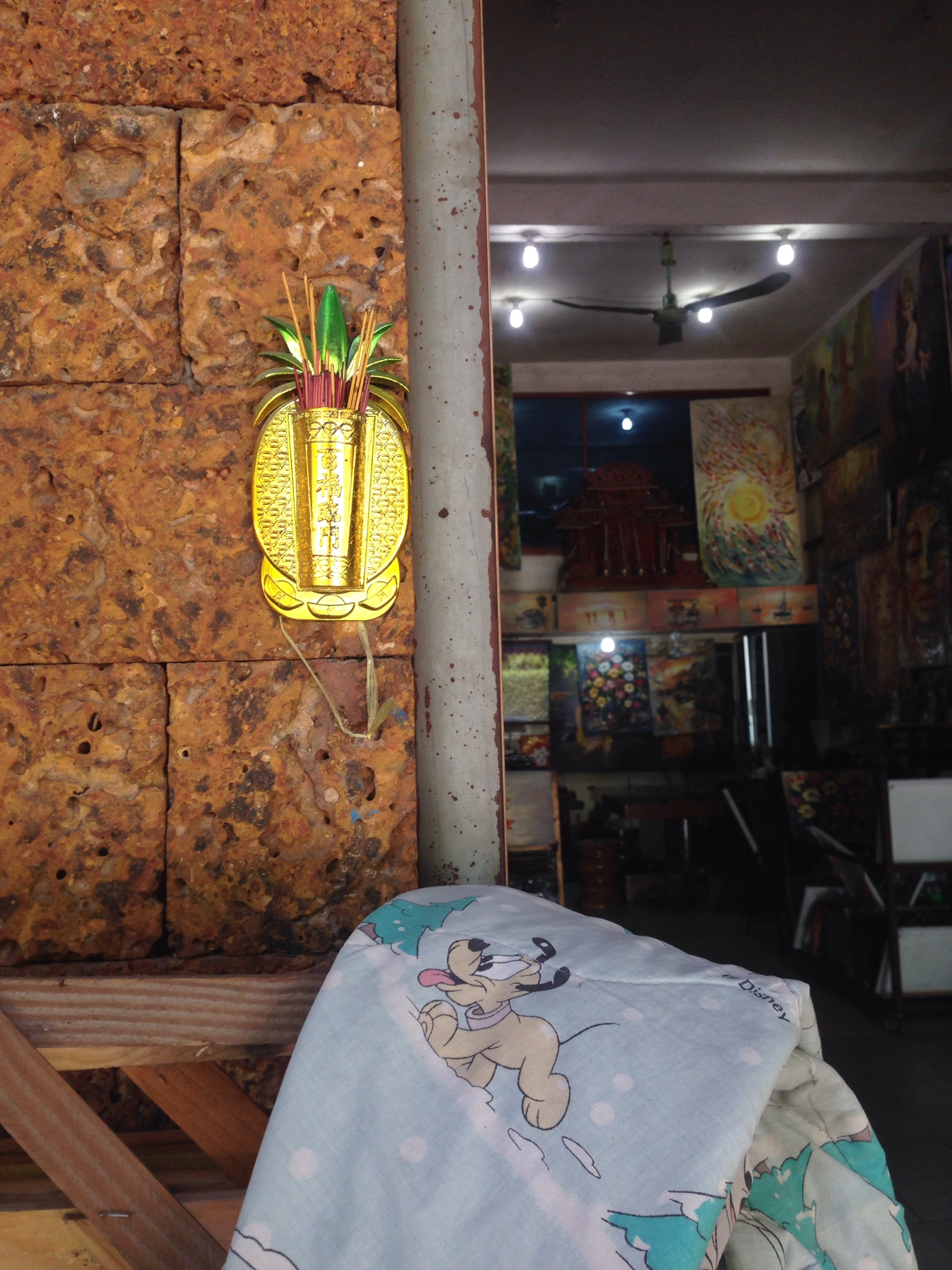 Above: ‘Can I take your picture?’ // a mobile fruit stand // I’ve just started noticing these little pineapples all over the city!

At the advice of a traveller we had met the previous night, we visited a café and gift shop run by the charity ‘Daughters of Cambodia’, which is an incredible organisation working to provide stable jobs for sex workers (many who have been sold by their families or trafficked) so that they can safely and permanently exit the sex industry. The café was amazing and outside the whole street was full of colourful artisan shops, friendly and curious Tuk Tuk drivers, beautiful gardens and so much else to see, I’m so glad we found it and paid them a visit! 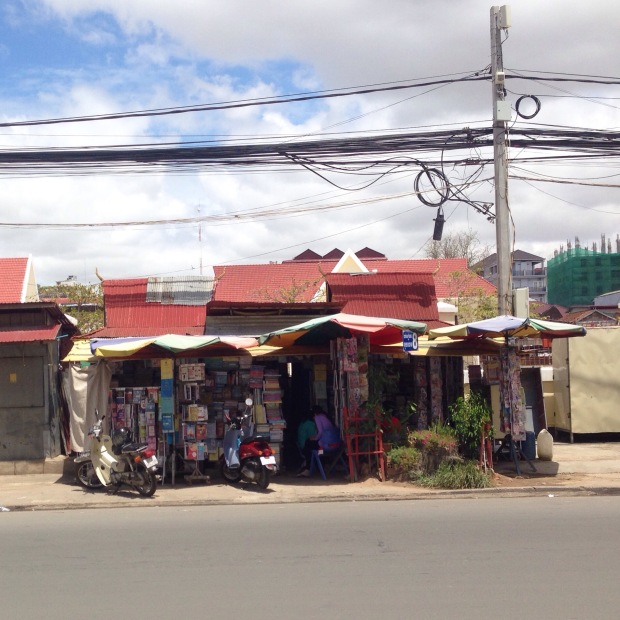 As you read this, we’ll be on a bus to Siem Reap, which means Angkor Wat soon! I am crazy excited. #AngkorWhattt 😉