I was pretty nervous about the border crossing from Vietnam (Ho Chi Minh) to Cambodia (Phnom Penh). I thought that it would be somehow confusing or difficult, but in the end the bus journey was a total dream (although in my dreams the buses don’t smell of rotten fruit). We stopped at the border and seemed to get on and off the bus several thousands of times while doing a lot of waiting around and faffing with passports but it was pretty straight forward and didn’t take too long. Waiting in the baking heat under a rusty fan in the immigration office is no fun though, and as the officials seem to prioritise locals, we spent a sweaty half hour watching the Vietnamese families glide past us, push their passports over the counter, and then glide off again about twenty seconds later. Eventually, he got round to stamping all of our passports and we were released into Cambodia. At this point Kati and I commenced singing ‘Camm-bo-diaaaa’ to the tune of the National anthem of Genovia (from the Princess Diaries films), and were bitterly disappointed when we released we were not in Cambodia and actually had to get off the bus and get more stamps and have our fingerprints taken before we would be allowed in. 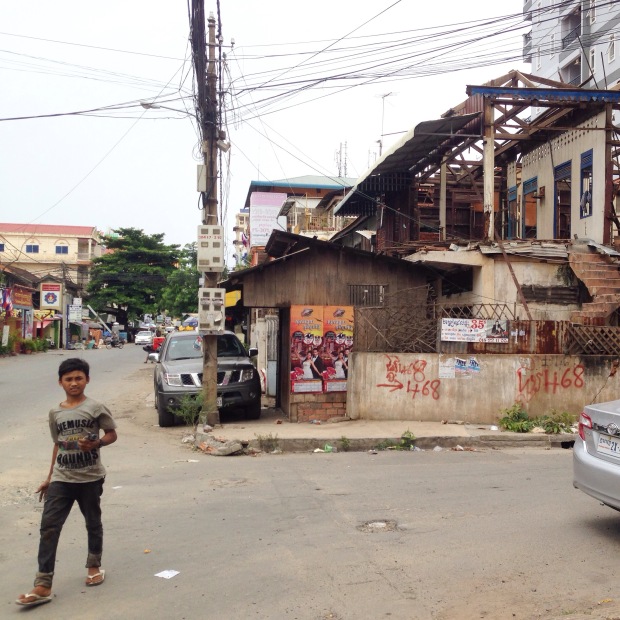 We were pretty happy none the less and immediately noticed the change in the landscape. In contrast to Ho Chi Minh, Cambodia is dusty and sprawling (okay HCM is both those things, but Cambodia is more so) and more of the everyday business of people’s washing and cooking and sleeping seems to be conducted outside. Kati said that the busyness and the craziness of the traffic and the bare footed children reminded her more of India than of Vietnam, and it was definitely a huge leap from stylish HCM. 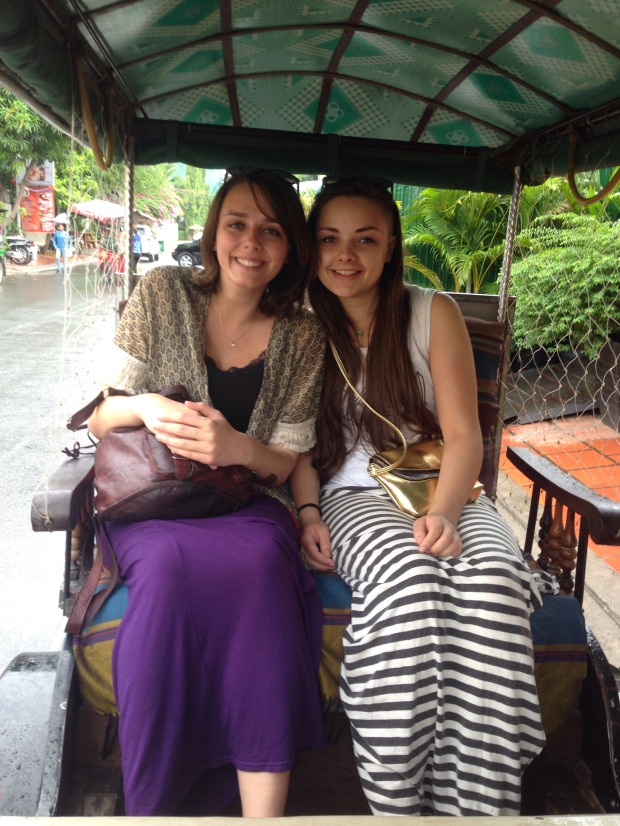 That’s not to say I don’t love it. You might have noticed that I’m pretty enthusiastic about all the places I visit, and it’s true that I love the dirt and the dust and the sleepless nights of any city just as much as I would love paradise beaches or beautiful mountains, but I have to say that there is a certain gentleness in Cambodia and its people which I was not expecting, and which I think is really special. On our tuk tuk ride from the bus station to our hostel, for example, our driver pulled out into oncoming traffic and while Kati and I clutched our rucksacks and each other, nobody blared their horns or made rude gestures, they simply drove around him and carried on their way.

That day, as we visited the Toul Sleng Genocide Museum and read about the unspeakable atrocities committed here by the Khmer Rouge under Pol Pot’s regime, we wondered if their gentleness is born of suffering – their habit of avoiding  confrontation a relic of the devestating genocide which resulted in the death of one in every four Cambodian people. What was so upsetting about the museum, which still houses the beds, chains and cells, as well as many other things that I don’t want to write about, was that this happened in 1978. When my Dad was 29. 17 years before I was born. This is not ancient history, and I’m ashamed to say that I knew barely anything about it until visiting the museum. It wasn’t a fun trip but I would highly recommend it. 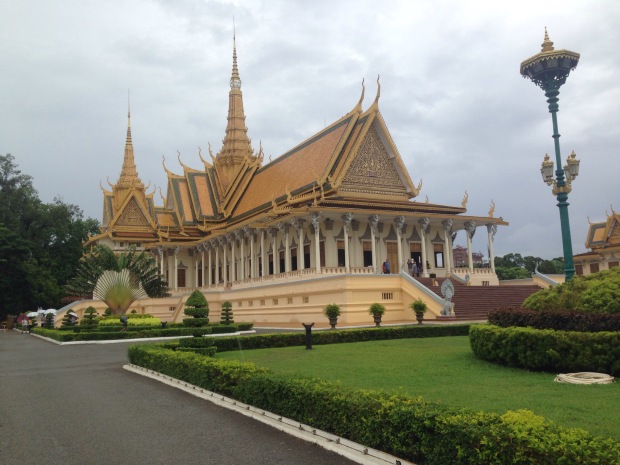 After Toul Sleng we explored the Royal Palace (which was absolutely gorgeous) and then found a local café for some lunch. After the waiters (and the chefs and most of the other patrons) had stopped staring at us (in a totally friendly, curious way) we ate huge bowls of fried rice and veg, had the most amazing iced tea and then headed to the Russian Market, ready to haggle. 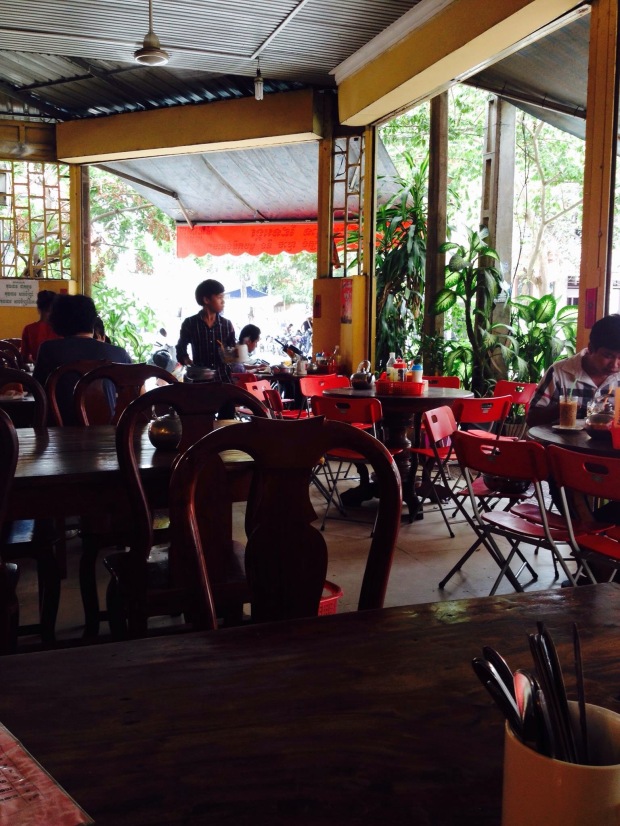 The market (which is not Russian at all, despite its name) is huge and the stalls are packed so densely together it’s sometimes difficult to walk between them without sending a statue of Buddha, a tray of silver jewellery or a bowl made from a coconut shell crashing to the ground. The market is undercover and too tightly packed to be properly ventilated so the heat is sweltering with no breeze to alleviate the situation. You’ll get used to it, but if you can see through the sweat dripping into your eyes, try to avoid the meat and fish sections. Hot raw fish smells like, well, I’ll let you imagine that…

We were so pleased with our trophies and our haggling skills, (I bought a pair of those loose baggy trousers popular with gap year kids the world over and  I’m not even sorry because they are so comfy!) brought everything home in a tuk tuk, spent an hour poring over our new possessions, and then considerably longer trying to wrap them up and fit them in our bags. I mean, who buys all their souvenirs in the first week of a six week trip? Who would be silly enough to do that? 😉

One thought on “Cambodia – Phnom Penh”