I guess this is less of a recommendation for a night out and more advice on how important it is to stalk your favourite musicians on social media… I’ll tell you all about it and then you can see what you think.

Last week while I was finishing off my essay (in my pyjamas), my friend Ben messaged me and told me he thought Frank Turner (my favourite singer/guitarist ever) was ‘planning something’ according to some ‘interesting tweets’. Five minutes later he sent me a screenshot of one of Frank’s Instagram posts announcing an impromptu gig in soho that evening, and within the next three minutes NME and Supajam had both posted to their websites to confirm Frank’s appearance. I briefly considered staying in with my electric blanket, but I just couldn’t resist, and before I knew it Ben and I, along with three of Ben’s flatmates, were wandering around Soho trying to find the 12Bar.

Frank played an incredible gig and it was a crazy night. There were only about a hundred people inside the tiny venue, and Frank played standing on top of a snooker table with no amps and just his acoustic guitar in his hands. Halfway through one of his strings snapped and he borrowed a guitar from somebody in the audience and kept right on playing. It was probably the best gig that I have ever been to – I really can’t describe to you the atmosphere of that tiny space occupied physically and politically by so many bodies.

Recently closed due to redevelopment, the 12 Bar is currently occupied – and Frank Turner’s impromptu gig was an act of support for the community trying to save this historic music venue. (To find out more about this, visit the protestor’s page, here.)

(Photo below by Ben Morse) 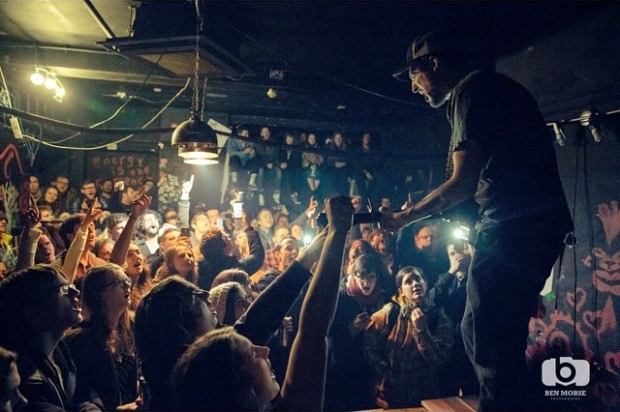 (Do you see on the left of the picture – there’s an arm in a white sleeve? The face right behind that arm is my friend Ben. I was stood right in front of Ben but I’m about a foot shorter than him so you can’t really see me.) 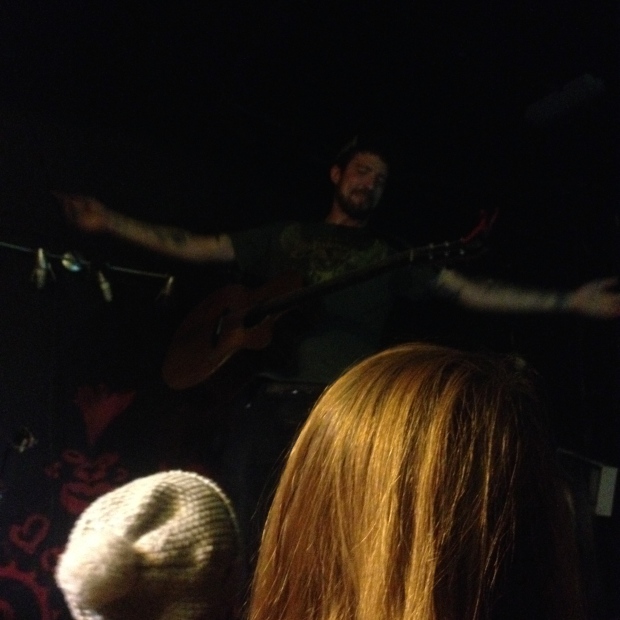 Five days later and the bailiffs have moved into the 12Bar, shutting down this historical venue for good to make way for new developments and future plans. I guess I believe in what Frank said:  “We’re outnumbered and outgunned, those of us that care about Denmark Street, but we’re not worthless, we’re not meaningless and it’s important to say, every now and again, ‘I think this is bulls**t'” 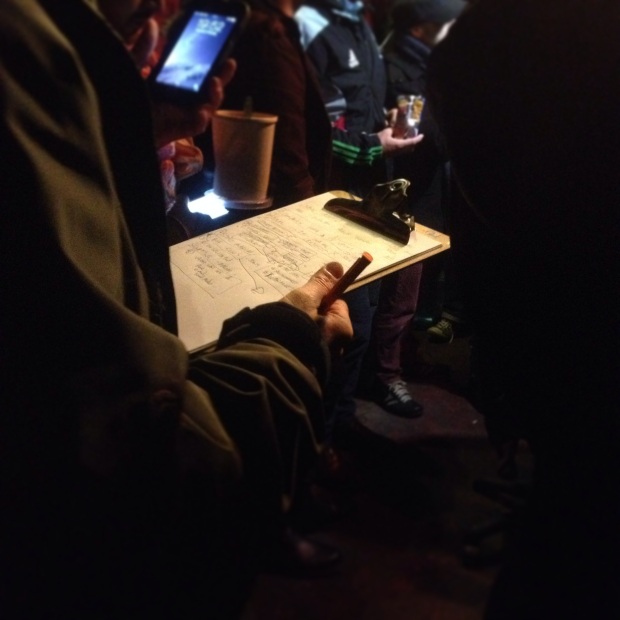 A bit of a strange one today, but all part of the reason why I love living in this crazy unpredictable city which is full of music and passion and people sticking to their guns.