I’ve been wanting to visit the Wellcome collection since it opened quite recently, but I never found the time the trek all the way over to Euston (North London is basically the edge of the earth for me) so when, as part of my degree, we had to take a trip to a museum, I was excited to see that the Wellcome Collection was one of the options, and jumped at the chance to go.

The Collection plays host to a number of temporary exhibitions which change throughout the year, and also puts on talks and ‘live art’ events alongside the exhibitions. It’s a lovely space (I believe the upstairs rooms are used as a location for conferences) with a colourful gift shop and café tucked into the roomy atrium – a perfect place to spend the afternoon with friends exploring the exhibits (or if nobody leaps at the chance to accompany you to a museum, it’s an awesome place to hang out by yourself and indulge your curiosity, going around at your own pace, and spending hours in the gift shop reading all the cool books they have!) 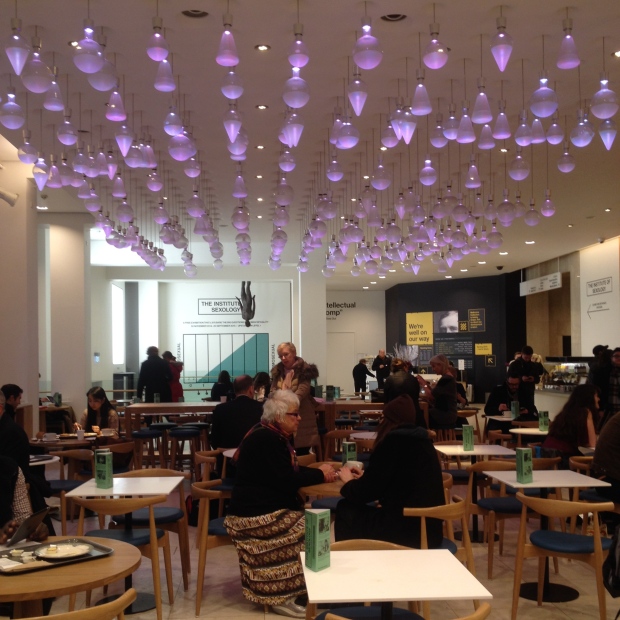 The exhibition I had to study for my Victorian Fictions module was ‘The Institute of Sexology – Undress your Mind – A free exhibition that lays bare the big questions of human sexuality’. The leaflet describes it as ‘a candid exploration of the most publicly discussed of private acts, featuring over 200 objects spanning art, rare archival material, erotica and film photography.’

As if anything with a title like that could fail to be interesting! It was so so good, and very well curated, with artefacts and photographs presented alongside the research and results of practitioners and doctors, I found so much that I can write about for class, and of course was fascinated by the way that our society has changed its attitude towards sexuality from the early Victorian period to the modern day. It was all presented, of course, in such a professional way, and it was quite funny to be looking at all of these things as objects of historical interest (which of course they are – and very important ones to the way we understand society!), and just sort of wanting to giggle at the same time (but of course I didn’t because I’m a #seriousadult). The exhibition isn’t open to under-18 year olds because of the naturally explicit nature of some of the objects, but if you have an interest in, for example, how female sexuality is treated in the Victorian Era (this is what I was focusing on for class) then it’s a great resource with lots of inspiration for further research. You definitely don’t have to go with a certain interest in mind though – I feel like ‘the big questions of human sexuality’ should be interesting to everyone, and you’ll definitely come out thinking a little differently about something! 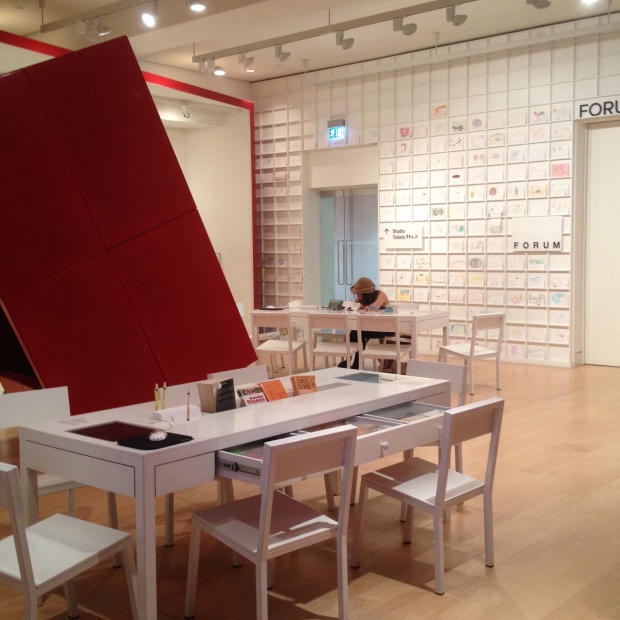 While I was there they were running a ‘Cruising for Art’ project alongside the exhibition, where visitors could choose to wear a coloured bandana while they explored the exhibits, and then anybody wearing a bandana could ‘spontaneously be chosen to become part of a one-on-one performance with a member of the ‘Crusing for Art’ team’. When they offered me the bandana I explained that I absolutely did not want to be talked to by anyone and if someone touched me I would absolutely not be having it, so they advised me not to wear one 😉 I did see other ‘performances’ going on though – some were a simple conversation, one man was lying on a yoga mat in a corner being massaged by two performers (probably wondering why he ever agreed to wear the bandana), and one lady was sitting quite happily on a bean bag with a performer making, well, making things out of play-doh. Oh my. 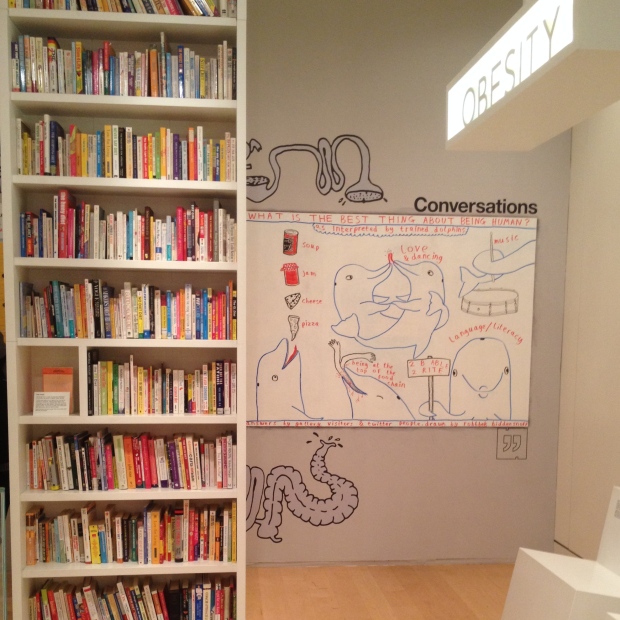 The space is still being developed and won’t be complete until Spring 2015, but there was one other exhibit, ‘Medicine Man’, which was really fun to explore (apart from a preserved ‘slice’ of a human body which made me want to vomit – seriously who makes these things?!)  And this exhibit turned out to be the source of all of my pictures as we weren’t allowed to take photographs inside Undress your mind

I spent a long time in the gift shop, which was just full of loads and loads of really good (fiction and non-fiction) books, as well as some really nice (and really pricey) small gifts and bits and bobs.

I have definite plans to return soon – it’s well worth a second visit, there’s so much in the exhibit that is of interest, you’re sure to find something new and intriguing each time you visit!

p.s.
Next week we have to do a short presentation in class about our museum trip and what we think about the curatorial decisions – in other words, what we think about how the museum chose to put together the exhibits. I’m going to talk about the strange combination of the formal museum setting with the erotic or sexual items which would normally not be on display. I’m also going to talk about the section of the museum where the work of Freud and Marie Stopes is displayed and explained. Freud and Stopes both investigated sexuality, Freud by looking at the mind and Stopes by looking at the body. It’s all very interesting, and then suddenly – playing on a loop on a small television screen – ‘a home video of Marie and her beloved son playing on a beach’. What?! I mean that’s very sweet and all but it really had no place in this exhibit – it’s completely irrelevant to Stopes’ work – and there certainly weren’t any family portraits or intimate artefacts belonging to Freud. The video says that Stopes is a mother first, a woman second, and a scientist last, while Freud is presented as nothing but a scientist. It sort of reinforces the point made by the rest of the exhibition about a social preoccupation with women as maternal creatures, and of female sexuality (female agency, female life, female desire, etc..) as a device for the propagation of children before all else.

You are more than welcome to disagree with me, of course, and I think the great thing about this kind of exhibition is that it encourages discussion and thought. You’ll have to visit the exhibition yourself to see what you think about it all (and while you’re there, definitely try the brownies!)