We have always been of opinion that if Tom King and the Frenchman had not immortalised Seven Dials, Seven Dials would have immortalised itself.  Seven Dials! the region of song and poetry—first effusions, and last dying speeches…

The stranger who finds himself in ‘The Dials’ for the first time, and stands, Belzoni-like, at the entrance of seven obscure passages, uncertain which to take, will see enough around him to keep his curiosity and attention awake for no inconsiderable time. 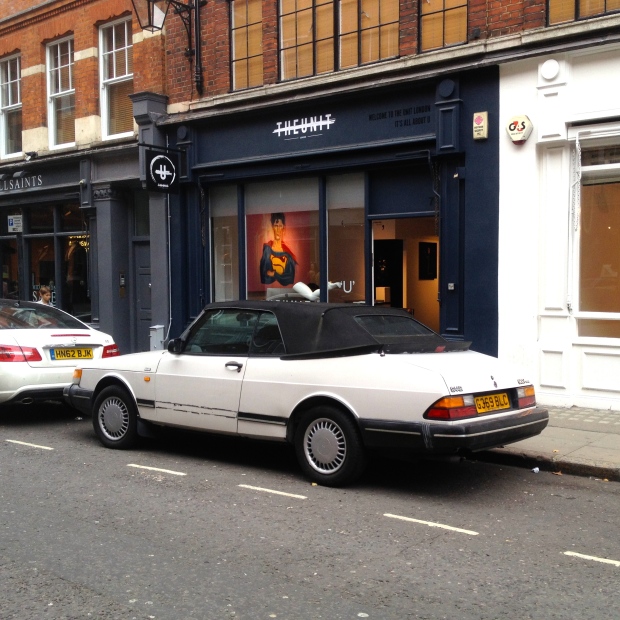 Seven Dials, a busy intersection of winding streets and passageways, is hidden away just beyond the main square of Covent Garden. Perfect for a bit of Saturday-afternoon window shopping, a Sunday morning breakfast craving, or even a last minute dash to find the perfect gift, each of the seven little roads which come together to form the iconic ‘dial’ is brim full of boutiques, cafés, small designer outlets and even big name stores tucked neatly into the sort of high-end hipster aesthetic which Seven Dials carries off so perfectly. 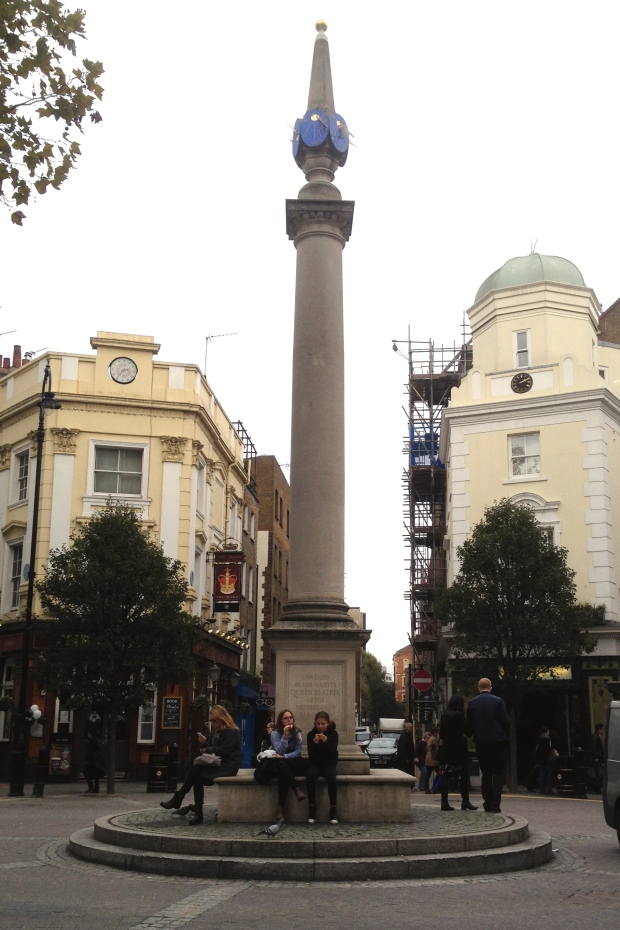 I took Rob with me on my wanderings, and we decided to begin at the centre of the dial, and then explore each road and see what we could find. All of the shops look amazing, and the area just looks so colourful and enticing. The first place that caught my eye was the (bright yellow!) Burt’s Bees store. Stocked to the brim with my favourite brand of skincare (Yes I’m a middle aged lady and I have a favourite brand of skincare…), everything sold by Burt’s Bees is packaged so well and it smells so yummy, this would be a perfect place to find gifts (or even little treats for yourself!) 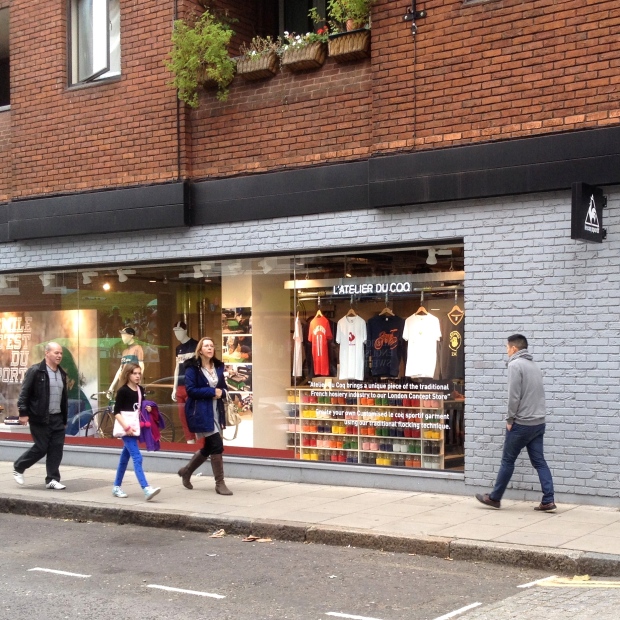 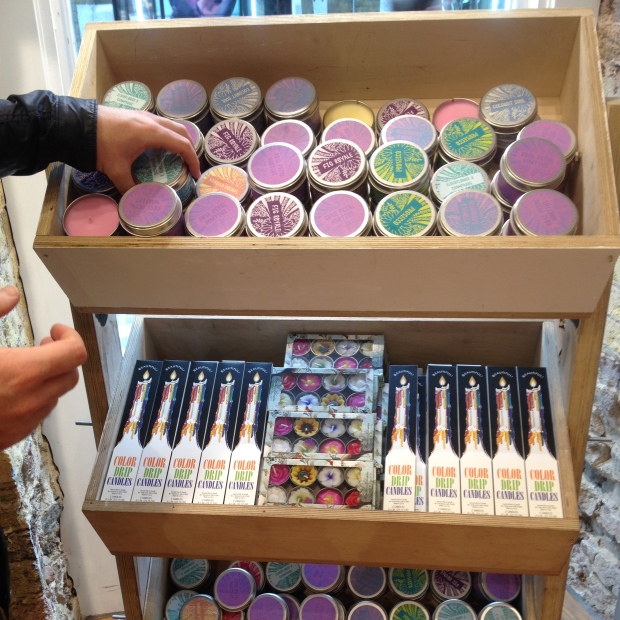 Around the corner, we popped into Urban Outfitters, which is a high street store I’m quite fond of. The Seven Dials store is so lovely, and we spent a long time browsing through all the books and albums they had on display. The buildings in this area are so beautiful, and the close knit construction of the streets makes for a lovely atmosphere. Every time we turned a corner there were new things to look at, and although many of the shops were way beyond my price range, all of the shops, including the ones that were student-budget-friendly, felt a little bit more special and ’boutiquey’, as if rewarding you for all the hard work you had to do to find them in the first place 😉 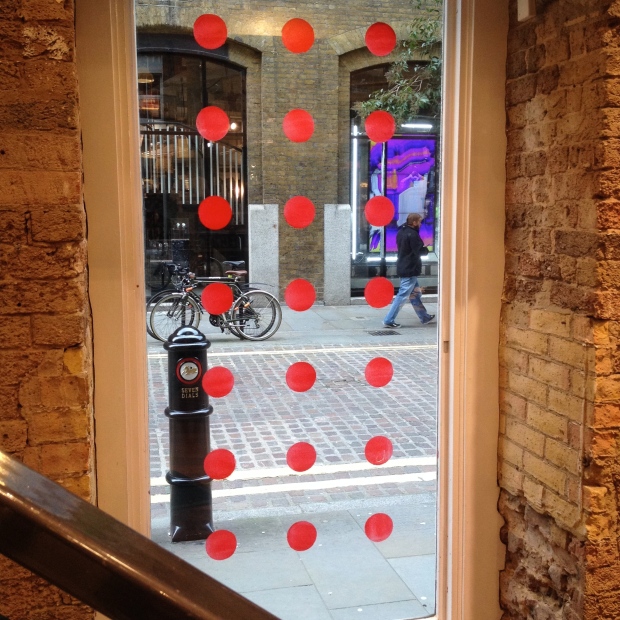 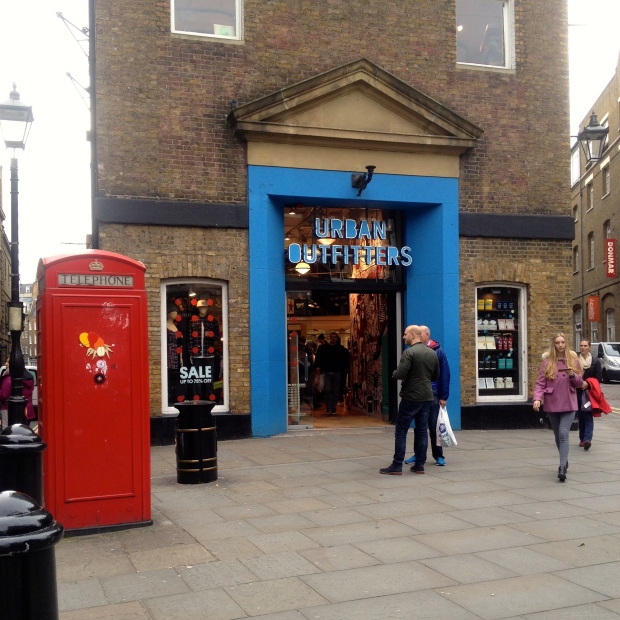 Although Seven Dials is definitely a bit of a maze, there are helpful maps up at regular intervals, and it makes your shopping experience feel a bit more like you’re really exploring an area, rather than just running down Oxford Street between H&M and Topshop.

Perhaps it was all this luxury boutiquey-ness and the little streets and all the hipsters, but I did pop into  Benefit and the lady was so nice and basically gave me a mini makeover (and didn’t look at me suspiciously when I told her that yes, I was wearing yesterday’s makeup – oops) that I did finally purchase some eyeliner that I’ve been after for ages. I got a tiny little bag and they even printed my name on the receipt! What ridiculously good customer service. (Although I feel I should mention my name was spelt wrong. Just call me Georig.) 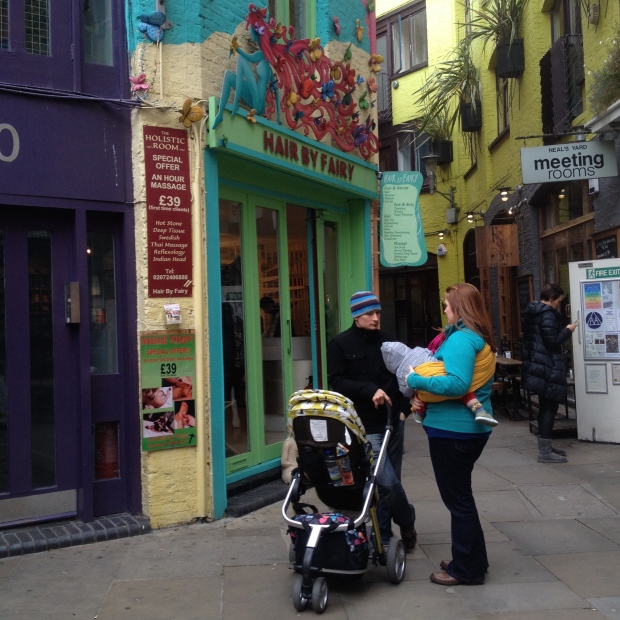 Just beyond Benefit we found this crazy little reading room! It’s just a room full of books and chairs and the doors are left open all day and it’s just left to its own devices and nothing is nailed to the floor. You guys, I think that’s how you know that this area is seriously nice. Anyway, because I was with Robby I didn’t think it would be polite to sit down for an hour and read a book, but I definitely think I’m going to next time. It’s actually a book exchange so you could take a book, read it and chill out (perhaps with some bubble tea from around the corner?) and then when you’ve finished it, you can leave it behind and pick out a new book to take home. Amazing. 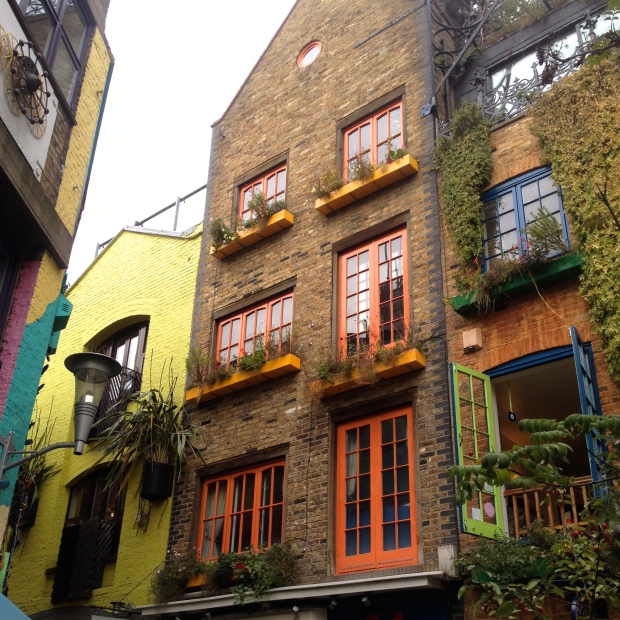 Our final hidden gem was Neal’s Yard. I have to say I found this inception-level confusing. You know Neal’s Yard Remedies? The Health and Beauty shop? Well, that is in Neal’s Yard. I’m not sure if the Yard is named after the shop or the shop is named after the Yard, but there are other shops in there (and a raw food café which looked amazing) which are also called Neal’s Yard  and it’s so confusing. But it doesn’t matter, the whole yard, whether it belongs to Neal or not, is totally beautiful, so colourful and full of benches and plants and amazing places to eat. The gluten-free, superfood, cold-press café looked amazing, but I have to confess I think I’d head straight for the pizza place! It smelled so so good.

Safe to say that the Seven Dials of today is very different, although no less intriguing, than that which Dickens described. I’ll leave you with this rather unflattering description, and you’ll have to make a trip to Seven Dials to see for yourself how much the place has changed and blossomed into quite an elegant, if rather sprawling and ungainly, little character.

From the irregular square into which he has plunged, the streets and courts dart in all directions, until they are lost in the unwholesome vapour which hangs over the house-tops, and renders the dirty perspective uncertain and confined; and lounging at every corner, as if they came there to take a few gasps of such fresh air as has found its way so far, but is too much exhausted already, to be enabled to force itself into the narrow alleys around, are groups of people, whose appearance and dwellings would fill any mind but a regular Londoner’s with astonishment.

* Extracts from Charles Dickens’ Sketches by Boz: Seven Dials (1836). I would do anything to take old Charlie on a walking tour of 2014 Seven Dials, I’m pretty sure it would blow his little socks off. (And then we could go have pizza and talk about what exactly he thought he was doing marrying Mr Toots off to Miss Nipper, and how on earth he manages to keep that deadly sarcasm of his under control. We’d definitely hit it off and we’d probably go for cocktails afterwards.)  ❤