The Blue Room was good! It was a sold out show and the play as a whole went awesome!* It came off really well and I was super happy to be a part of it (and really sad it’s finished). Abi, Liv and most of my flatmates (apart from the ones that I failed to reserve tickets for – my bad) came down and sat in the front row which was sweeet but also a little scary, and I mostly managed to do all the right things in the right places, which was a plus.

Afterwards, I got to hang out with Abi and Liv and talk about the feminist subtext of the play (it’s actually a trip to sit back and look at the sexual and social motives of the lovely David Hare), and also stuff as much pasta into my face as is humanly possible to make up for the fact that I haven’t eaten for two weeks (slight exaggeration, but still…) Then my flatmates got to meet the cast and the directors and we went out to celebrate (an occasion which I epicly failed to photograph, only managing to take about eight pictures the whole night, four of which were blurry…well done me) It was awesome. 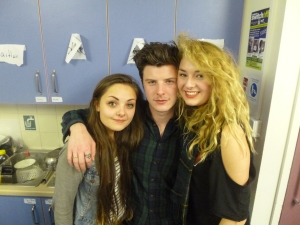 I’m desperate to do more things with QMTC, so hopefully more of this soon!

Since the play I’ve been doing a lot of napping, a lot of eating, and occasionally writing an essay or two with an air of listless emptiness, because without rehearsals I apparently no longer know what to do with my life #englishstudentissues.

What I have been doing pretty keenly is getting ready for upcoming festivities by writing cards and visiting the adorably over priced little winter wonderland which is John Lewis. I love that shop. They sell mini sewing machines and they make me want to cry with joy. (Don’t act surprised that sewing machines bring me happiness, everybody knows by now that I am not in any way cool…) 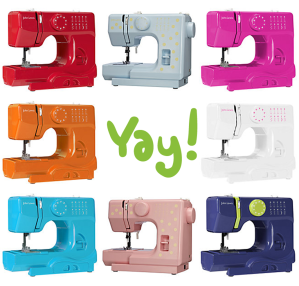 So many colours! I think I’d go for red, orange or blue… which one do you fancy? Oh no – that’s right – you have a life which doesn’t revolve around tiny sewing contraptions… shame (;

I can’t believe I’ve almost completed my first term of University. I’ve made friends, (who, importantly, are genuinely awesome and beautiful people) done a ton of work, lots of reading, and explored all over London by day and night. (Although not entirely voluntarily, sometimes I just get really lost when Imogen isn’t around…)

I feel like I deserve some kind of medal, I have to say that I never imagined I would get this far this happily.

Well, wasn’t that lovely, I do enjoy our little chats.

* Even though I’m never completely pleased with my own performance (is anyone?)

One thought on “The Blue Room”