Question Tuesday, the day when I answer topical and highly relevant questions…

(Not really, what do you take me for?)

1. i. Is it okay to shoot people who deliberately pass up the chance to wear a costume?
ii. what if it’s a zombie costume?

2. i. Is orange pith nutritious?
ii. Does anyone care?

I don’t even celebrate Halloween per se, I just have a serious love of all things skeletal or zombified, especially if they’re still animated after death. Love a bit of animation after death.

Anyway, so it was that this Saturday I found myself queuing outside a club in Islington in the freezing cold surrounded by the other un-dead members of flat 42. Our Halloween theme was ’42ft under’ and we looked awful. It was glorious.

It is the one night of the year where the ‘I’m going to kill you’ face which I normally wear to ward off unwanted touchy-feely boys in clubs becomes part of my costume, (and also less effective at telling zombie-touchy-feelers where to go.) I wore monochrome with a hint of blood and we spent ages in the flat kitchen before we left, piling on spooky make up and fake wounds. 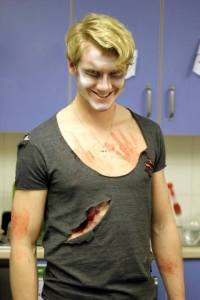 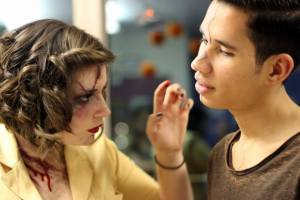 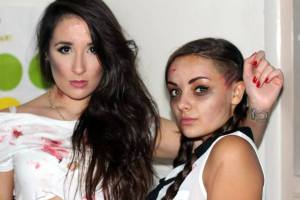 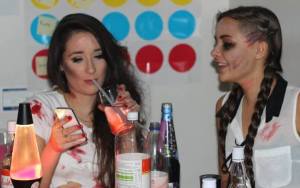 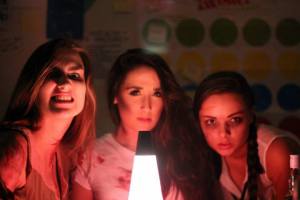 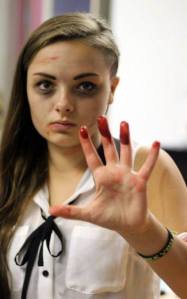 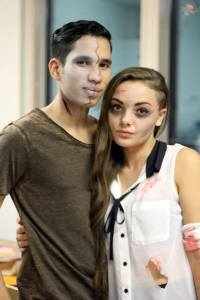 The club night was amazing,  we spent the whole time jumping around to good old nineties music and Tom even won a pasty in a meat-pie-raffle which inexplicably occurred at around 1am. Don’t ask me how he got the ticket. The night ended with eight angry zombies waiting at a bus stop in the rain, but I’d say it was worth it.

To conclude (I’m doing an English degree, I have to stick a conclusion on everything); anyone who goes to a Halloween party dressed as a ‘nudist on strike’ should be shot as part of the festivities. That is all.

Seeing as it took me until about 4am on Saturday (techically Sunday) to de-zombify and make cheese toasties (not in that order – Priorities people!) Sunday became a bit of a duvet day for me, which is fun because I have moved my mattress on to the floor (directly contravening University policy – how awfully rebellious), and am now using the ‘shelf’ that used to be my bed as my desk, (my old desk is superfluous and I’m mainly using it as a place to keep my satsumas). Anyway, I feel like this makes my room flow better and it also enables me to literally get my degree from my bed, so everyone’s a winner.

Also, I obviously had to protect myself from the terrifying storm that was fast approaching. The storm didn’t actually affect my area of London too badly, which I am very thankful for. Honestly, I probably would have spent all day sitting inside, peering out the windows with trepidation, eating satsumas and googling ‘is orange pith nutritous?’ even if there hadn’t been a storm brewing. I did learn twenty five interesting facts about oranges in the process, but really Interesting is used here in the loosest possible sense.