Note: this actually turned into a little bit of a rant, punctuated with what I like to think of as some fairly witty remarks, but a rant none the same, so here are the Reading photos to look at if you don’t want to read all those words (;

The other day, I successfully got away with buying a child ticket on the train, even though I was still wearing my wristband from Reading which states pretty unambiguously, in repeated fluorescent letters, that I am OVER 18.

Despite what SouthWest Trains employees’ obviously think, I actually am becoming an adult. 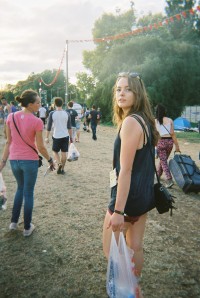 It’s official. I have my own cutlery, I have a frying pan, I even own one of those fancy neck pillows that people wear on airplanes. The other night, no less, I went to the pub and used my own identity, instead of my sister’s, and I drank wine in a demure fashion that was neither riotous or inappropriate. Being an adult is not particularly fun.

A crushing realisation for somebody who has spent the better part of their lives waiting to become one, but a reality that everyone has to come to terms with eventually. I don’t want it to sound as if I have only just starting taking responsibility, I have been travelling and working and looking after myself for a while now, (I mean, I used to wake up at 6am on Saturdays, do the six thirty – nine shift at Waitrose, get the train over to the computer shop, work nine until five and then be back at Waitrose for the five thirty – nine shift), but I think that this is really it. 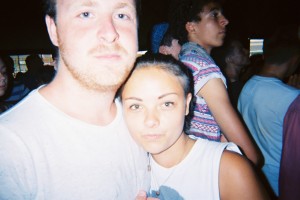 This because I just had to spend a great deal of money on things that I don’t even really want. And what is adulthood if not working yourself into the ground to earn money to buy things you don’t even want, like spatulas and bath mats? I’d much rather buy stationery and novelty cushions and just live with the constant risk of slipping on the bathroom floor and doing myself a minor injury, rather like a slightly dangerous lottery. I do so love to live on the edge.

That said, I really am excited to be off to University in a couple of weeks (just got my reading list through – it’s the tits) and I was even pretty optimistic about my financial outlook, until I used an actual calculator and did the actual maths and realised that no, I will not actually be able to afford food and drink and will have to choose pretty carefully between the two... 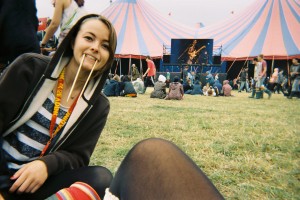 But I’ve had the best year, and wouldn’t change a single thing. (Except maybe that phase of lame hashtagging… #justkidding #sorry #notsorry)

Seriously, it’s been the best.

In the meantime, slightly more tame pursuits such as optician’s appointments, coffee dates, and enjoying the Weetabix advert (it reminds me of childhood adventures with my own Grandfather – my Mum returning to collect me and Abi to find, once, me proudly sporting a massively impressive cut millimetres from my left eye, and, once, to find Abi with a very broken wrist. I have very fond memories, the best of which, strangely enough, is the very day I nearly gouged my own eye out on a rusty sheet of metal, being an intrepid explorer around the old barns at the back of Granpa’s house.)

Here’s to never really growing up at all.