Ugh I’m so relaxed I can barely breathe.

Turkey continues to be sunny and fantastic. I continue to be sleepy and increasingly interested in Turkish current affairs, or at least, the daily news of Dalyan; an absorbing saga in which Bob and Sally are well versed.

Om Wednesday, we took the twelve islands boat trip on a Turkish Gulet (a pirate ship!) around a cluster of lush islands on the Lykian coast. We were with a big group of Bob and Sally’s friends, and it was fun to watch the littl’uns jumping around and off the boat when we were moored in the little bays, even if they bruised themselves by diving in and smacking their bellies against the surface of the water. At one point , one of them even gleefully declared that he had seen a dead body beneath the boat, and retreated to a safe distance, yelling ‘that is a human!‘ until his Dad checked it out, a little reluctantly. We all waited quite apprehensively until it was confirmed that we were not frolicking in our bikinis all over a crime scene and we resumed floating around in the warm water, or snorkelling to catch a glimpse of the slender fish darting around the bay.

There were some great sunbeds on the front of the boat, and I happily read, sunbathed and swam all day, not quite brave enough to do proper dives off the boat, but jumping in and out from the little ladder on the side. The water is clear enough to prevent any stealth jellyfish attacks, and it was totally blissful.

There is so much that is beautiful here. We spent the day sailing past tons of gorgeous coastline, under a perfectly blue sky. It was lovely. 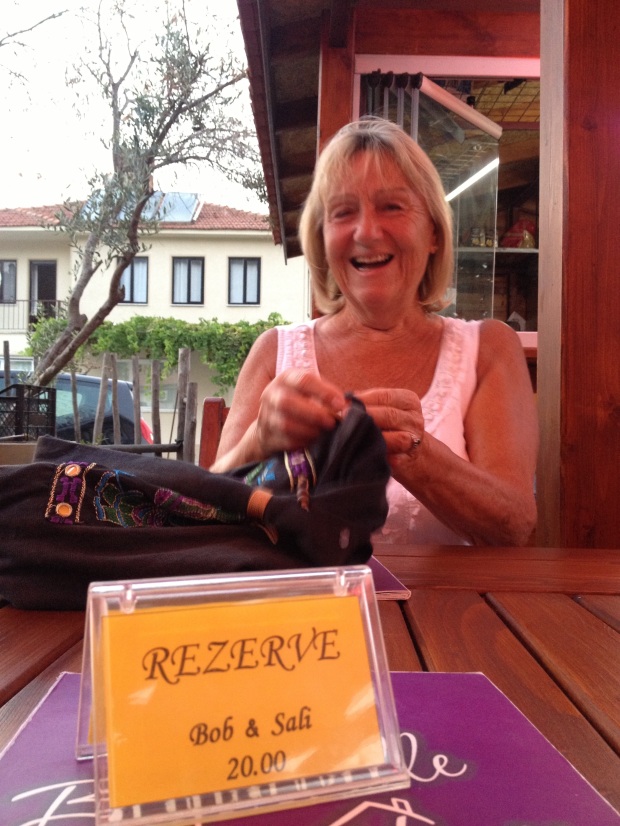 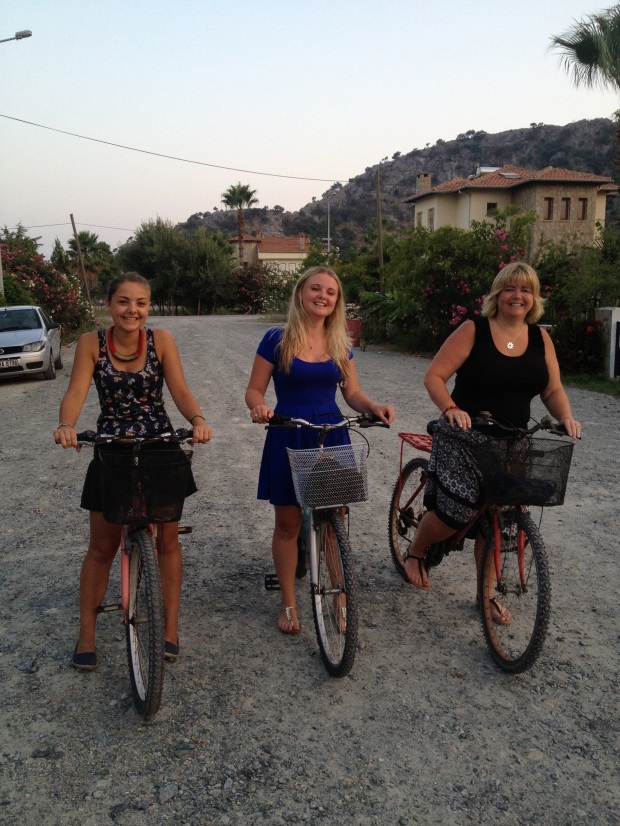 After a couple of days of recovery from the excitement of the boat trip, during which I read two more books (Lord of the Flies and To Kill a Mockingbird, both highly reccommended!), went out for some lovely meals and on lots of cycle rides (mainly to find, fetch or eat food), we braved another early morning start to catch the bus to the nearby town of Ortaca (say: Or-ti-ja) for market day.

Luckily, we were first on the bus (which was a minibus with only twelve or so seats) and we managed to grab places before the rest of the seats and the standing room filled up with tourists and locals toting big rucksacks, huge carryalls and boxes and boxes of baby chickens.

It was a short journey, but our numbers swelled considerably along the way. The driver did have a habit of stopping to pick up more passengers despite the rising temperatures and the fact that a rather sweaty man was being forced further and further into my personal space by mass overcrowding. The chickens were having a riotously good time and chirped away quite happily until we arrived.

We snooped around the market a little, but not everything was set up, and so Sally led us to a surprisingly opulent little café where we enjoyed waffles and ice cream and iced coffee before emerging once more and heading to the huge fruit and vegetable market.
Rob bought a huge watermelon for a bargain price (“never has £3 brought me so much joy…”) and we all enjoyed fresh peaches as we headed to the other side of the market to purchase gifts and fend off the over eager stall holders.

Emily and I went a little crazy over shoes and handbags, and I ended up buying a sun dress and some other gifts, mainly using the bargaining technique of ‘look this is literally all the money I have’, while secretly concealing the rest of my money. Hehehe.

It was a very sweaty bus ride home with our treasures, and straight in the pool when we arrived!

After another day or two of rest, during which time I read a few more books (Brideshead Revisited – Evelyn is as good as always, and The Wrong Boy which, so far, I wouldn’t recommend, but it got great reviews so I’m witholding judgement..) ate a lot more food and had a dance party in the living room, we had another early(ish) start to head out on Mustafa’s boat for a day trip.

I was so excited for this trip; I had been told of the gorgeous bays, the famous barbecue lunch, and Mustafa’s surprising good looks (“for a man of his age…”)
Although I was indifferent to Mustafa’s fabled charms, I was not dissapointed and had an awesome day on the rivers, and, later, the coast just outside of Dalyan. We visited ‘hole island’ and several little coves, and although there was no suspected fatality this time, there was a moment of excitement when a pair of designer sunglasses were dropped overboard and they had to be found and retrieved by an intrepid child. 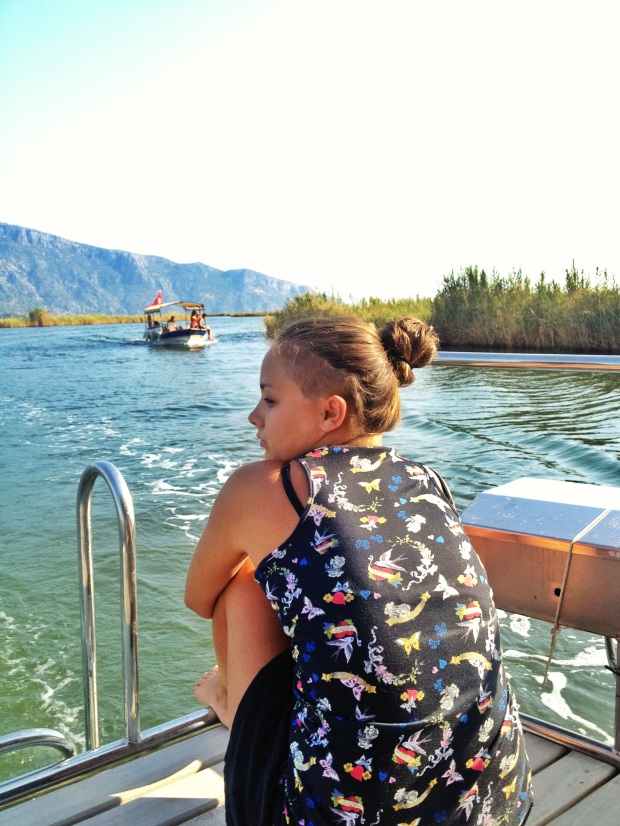 I loved the boat trip, and will miss the water when I go! Turkey has been amazing and I’m sad to leave.

More Turkey photos, Reading festival photos and festival updates are coming soon! I hope it’s sunny where you are.

(With the exception of that one photo of hole island where there’s fingers all over the lens. That is the photo I took…)