On the Fourth day of Christmas

The unspeakable sadness, the terrible loneliness, is it any wonder that they spend their time all huddled together, talking, drinking, with loud music filling the air?

Lighting cigarettes, drinking coffee, they’ll talk about anything remotely humorous, or there’s various forms of electronic entertainment, or, you can even read a newspaper, a magazine or a book, anything other than being alone with your thoughts, memories, speculations…. uncertainties. 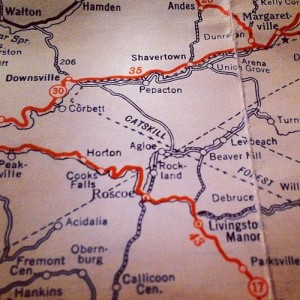 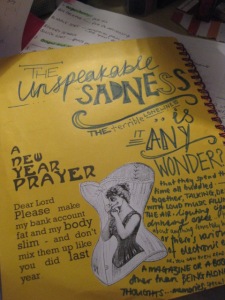 That’s all I really have to say today.

John Green did a TED talk about Cartology recently, and talked about Paper Towns. Paper Towns, as well as being the title of one of Mr Greens novels, are places invented by cartographers as a copyright trap. The towns themselves do not exist, and thus, if they appear on someone else’s map, it is clear that they have been copied. The town of Agloe, New York, is a paper town. Except that it is not. So many people went to the spot on the map where the fictitious Agloe had been planted, that Agloe was created.

This of course was very disappointing for the original mapmakers. When Agloe appeared on a map, drawn some ten years later, I am sure you can imagine their initial joy. They rushed right over with pointy sticks and righteous indignation, only to find that the town they imagined on paper, had become real.

Is it any wonder?